Do you want to see everything that the Pacific Northwest has to offer?

Then arrange a trip with a Professional Guide. There are many options for a guided trip, and selecting a guide can be overwhelming and frustrating at times. 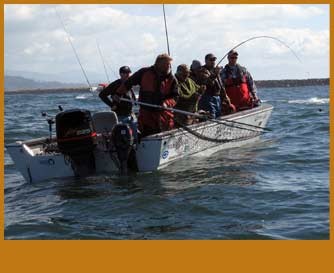 Jerre Munson, owner/operator of Takin’ Line Guide Services, is a well-known Oregon fishing guide who has dedicated his life to catching these fish. Jerre has fished extensively from Alaska to the Gulf of Mexico, but he calls Oregon home and has been fishing and guiding there for over 20 years. His passion is unusual, his approaches are diverse, his talent and knowledge are exceptional, and he goes where the fish are.

These are celebrated, interesting, and productive fisheries, such as the Columbia River for spring and fall Chinook salmon, or Tillamook Bay for powerful fall Chinook salmon. Add the Willamette River for sturgeon and spring Chinook to this menu of opportunities, and you’ll find this is guided fishing designed to exceed your expectations. Jerre is familiar with these areas and is eager to share his knowledge and excitement with you.

We will fish out of a 24’ Willie Raptor capable of fishing 6 people at any time. It is powered by a 225 horse Yamaha V Max and we troll with a Yamaha T-8. Electronics include a Lowrance 38HD with GPS a VHF radio, the boat is also equipped with a TR1 Auto Pilot.

All fishing gear is provided, we fish with G-Loomis rods designed for the style of fishing that we are doing. Rods are equipped with top of the line Okuma reels like the Catalina line counters. 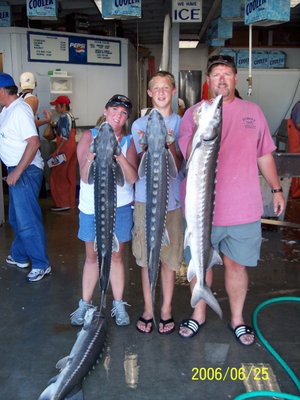 I always know where the best opportunities are, and I focus on the places up and down the Columbia and Willamette rivers that have both keeper and trophy sturgeon.

We target two specific fisheries for sturgeon. The first is for “keepers”, those fish from 38-54″ long followed by “trophy” (oversize) fish which are the fish over 54” (these measurements are from the nose to the fork of the tail). Oversize fish can reach well over 12’ in length and are a lot of fun but can definitely wear a person out! We fight these oversize fish and after landing them we bring them to the side of the boat for pictures and then they are released.

With the seasons for retaining keeper sturgeon varying from year to year, a catch and release trip might be in your plans. With little pressure from others, a catch and release trip is an enjoyable time for the whole family as there is usually constant action ranging in size from sub-legals to oversize sturgeon. This is also a great time for the younger fisherman’s short attention span, as they are into fish all day long. 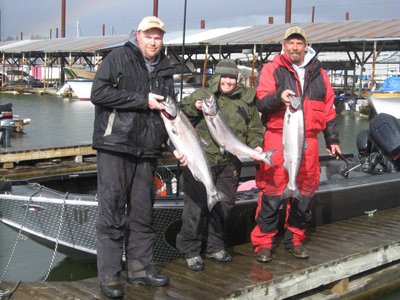 With the regulations for Spring Chinook on the Columbia River only allowing for a short time to catch them we are able to continue to fish for them on the Willamette River allowing a longer fishing opportunity. We fish utilizing two different techniques which are trolling or on anchor. Trolling allows us to look for the fish depending on where they are staging or the proper water depth they are running in. While trolling we utilize herring or prawns for the bait of choice and when the water starts to warm we use spinners. We will also back troll plugs or eggs into the fish trying to get them to bite. On anchor we are trying to position the boat in the path of the fish moving upstream. We will utilize plugs such as Kwik Fish or Mag Lips lures. We will wrap these plugs with a sardine wrap allowing a scent to trail out to try and entice these fish into biting.

Fall Chinook begin entering the Columbia River the first part of August at the famed Buoy 10 in Astoria. The lower Columbia River system is broken into three different regions with regulations dictating the dates for fishing them. 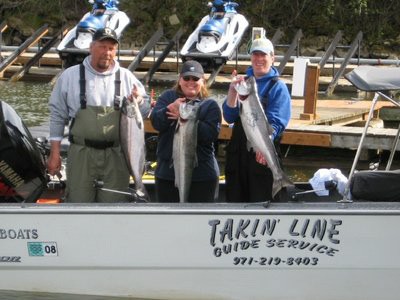 The first area beginning at Buoy 10 up to Tongue Point is usually the beginning of August until around Labor day.

The second area begins at Tongue Point to Warrior Rock near the mouth of the Lewis River.

Finally the third section is from Warrior Rock to the Bonneville dam. This area usually finds the fishing to be the best from mid September thru the end of October. This area is in the famed Columbia Gorge and is a spectacular view. With the weather generally being good this time of year you will have a fantastic time. The most common technique used in this area is to anchor fish but I will do some trolling at times with light line and plugs. Catching a 30+ pound fish on light line is a blast!

Tillamook Bay is known for the quality and size of the fish caught here. Tillamook Bay is fed by five salmon producing rivers making it one of the best fall Chinook areas in the Northwest. 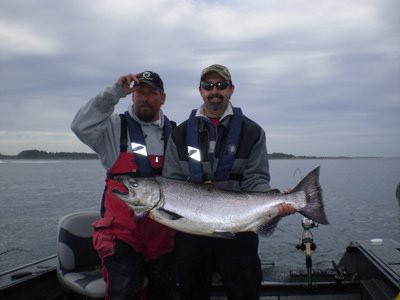 Chinook begin entering the bay in September and by October fishing is in full swing with the fishing continuing until the end of November. I will fish the mid to the lower part of the bay and the area just outside of the jetties known as the triangle zone. The technique utilized here is trolling with herring and sometimes spinners as well. At times we will also soak crab pots, providing anglers with a nice additional bounty at the end of the day.

Oregon stands behind only California and Washington as a wine producing state and by number of wineries within a state. Read more 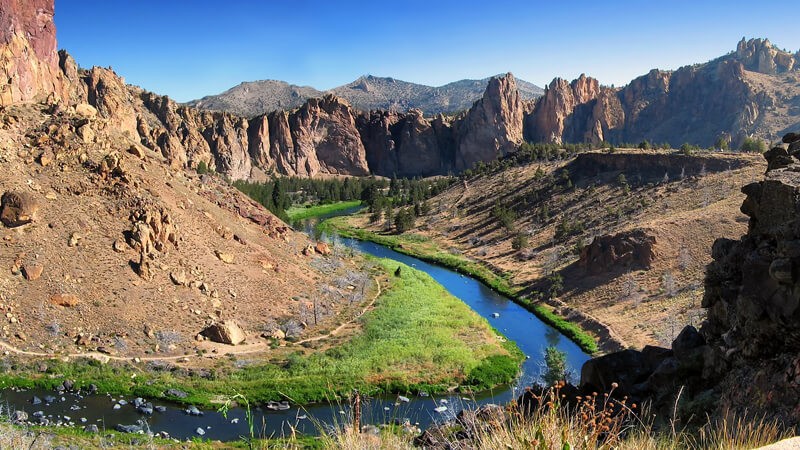