Flying to Oregon offers you quite a lot of different options. Deciding on which option you want to take will depend largely upon where you want to visit. The larger, more well-developed areas of the state have very easy access to international and national airlines and large airports. The less-developed parts of the state utilize a different type of air-transport system that could require you to do a little extra research. Traveling by air is one of the most widely used cross-state forms of transportation for a number of different reasons. Consider the following while you determine how you should fly to Oregon.

The largest airport in the state is in Portland and has the call-sign PDX on airport listings. It is a very large international airport that acts as a hub to major regional airlines. Alaska Air and Horizon Air use Portland International as a regional hub and the airport provides maintenance facilities to a large number of airlines. Due to its size and importance in the region, Portland International is a likely stop during your trip to Oregon. 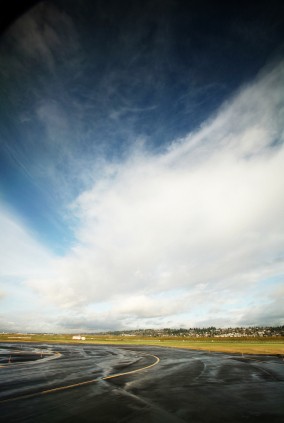 Most people fly into Portland and use means of transport other than large air carriers to get around. Portland International’s proximity to train stations, bus depots, and small aircraft hangars makes it a convenient place to launch your Oregon trip from. This doesn’t mean that you can’t also take large airlines to other airports throughout Oregon. Eugene, Bend, Salem, and other larger cities around the state have their own airports that accommodate all of the larger air carriers.

Regional carriers will generally be making your connecting flights to the smaller cities throughout Oregon. This may not be made readily obvious to you when you book and you should pay attention when you are booking. This will not effect the cost of your trip, however it is something that you should keep in mind.

There are quite a lot of locations throughout Oregon that are inaccessible to regular airlines. These locations often have small runways or no runways at all. In situations like these, you will need to contact one of the many bush pilots or small aircraft companies that service Oregon. You will need to research which of these companies will best suit your trip based off of where you plan to take off from.

These planes are not always used to get around to smaller towns, but they can be. If you are looking to get around Oregon quickly, then calling in a single-engine plane could be the exact thing you need. This is because Oregon’s road system is very linear and not very conducive to getting around the state quickly. Large tracts of forests and mountains cut off major sections of the state to road development. There are not so many “shortcuts” to getting around this state as there are in other states that have been developed to a greater extent.

These planes are also commonly used as a way to get into remote wilderness without having to trek in for a week first. The bush pilots in Oregon are very skilled and have the experience to safely get you into the far-reaches of the remote wilderness of Oregon. You should keep in mind that these services are often quite a bit more expensive than tickets on large carriers over similar distances. Do not be surprised if you spend $400 USD on a 20 minute flight to the wilderness. You should also remember that these flights will have a limit on the weight of your gear. You should contact the carrier you select to get a better idea of what these limits are and if there are any “per-pound” surcharges for camping gear.

Flying to Oregon is Convenient

Flying is one of the most convenient ways to get to Oregon and to explore its vast wilderness. The costs of flying to Oregon will depend quite a bit on where you decide to fly to. Portland can be very cost effective if you are able to catch a flight with the carriers that call PDX a hub. However, even regular airlines often charge very reasonable rates to get into Portland and surrounding cities.

Camping Along the Oregon Coast

The Oregon Coast is a vacation destination for thousands of tourists. There are plenty of campgrounds, from primitive to pristine, Read more

Oregon's secluded South Coast overlooks the Pacific Ocean and is where many vacationers go hiking, fish, camp, and observe the Read more